Please read them and why not think about adding some of your own?

When you’ve read them you must select the following:

2 quotes to learn from the dark green table

2 quotes to learn from the orange table

2 quotes to learn from the red table

1 quote from the yellow table

1 from the lilac table ( Ignorance and Want)

1 from the mint green ( Fred and Belle)

2 from the dark grey table ( poverty and wealth)

***The quotes highlighted in bright pink should be learnt by everyone.***

I appreciate that memory tasks are difficult. Why not try illustrating some of the quotes, producing flash cards or placing the quotes around your bedroom?

I hope that you’re having a restful and productive break.

Okay, so this week I would like you to research points about structure on every poem. You can do this via revision in your own anthologies or through Bitesize ( every poem is on there with an explanation on structure) I expect, that you add notes in your anthology or write it up on paper. ( due first lesson back after half term)

Secondly, here are the two essay questions that I gave you in class.

5) Compare the ways in which poets use language to present ideas about patriotism in ‘Flag’ and one other poem of your choice.

6) Compare the methods used by poets to show the devastating effect of conflict in ‘Yellow Palm’ and one other poem of your choice.

Your job is to plan a detailed response for one question. ( due Wednesday 10th Feb- same day as the revision night!)

What you would say in your introduction

Remember to explode each poem.

please watch the following videos and make some notes for next Wednesday. Please keep in mind that I would like to see the notes.

Have a great weekend,

More ‘Of Mice and Men’

Look at the extract below and answer the following question:

(Please  note that I only want you to spend 20 minutes writing this up. Make clear points and use PEE. Remember, this question asks you to think about how the bunkhouse is presented and its inhabitants. For example, the bunkhouse is presented as a lifeless place ” quote” explain. Then, the inhabitants are lonely and they have no individual identity ” quote” explain. Aim for 3 pees. I’ve put a couple of interesting  moments in bold to help. You could research Of Mice and Men settings)

The bunk house was a long, rectangular building. Inside, the walls were whitewashed

and the floor unpainted. In three walls there were small, square windows, and in the

fourth, a solid door with a wooden latch. Against the walls were eight bunks, five of

them made up with blankets and the other three showing their burlap ticking. Over

shelves for the personal belongings of the occupant of the bunk. And these shelves

were loaded with little articles, soap and talcum powder, razors and those Western

magazines ranch men love to read and scoff at and secretly believe. And there were

medicines on the shelves, and little vials, combs; and from nails on the box sides, a

few neckties. Near one wall there was a black cast-iron stove, its stove-pipe going

straight up through the ceiling. In the middle of the room stood a big square table

littered with playing cards, and around it were grouped boxes for the players to sit on.

of the side windows, and in and out of the beam flies shot like rushing stars.

The wooden latch raised. The door opened and a tall, stoop-shouldered old man

came in. He was dressed in blue jeans and he carried a big push-broom in his left

hand. Behind him came George, and behind George, Lennie.

‘The boss was expectin’ you last night,’ the old man said. ‘He was sore as hell when

you wasn’t here to go out this morning.’ He pointed with his right arm, and out of

the sleeve came a round stick-like wrist, but no hand. ‘You can have them two beds

there,’ he said, indicating two bunks near the stove.

was a mattress. He looked into the box shelf and then picked a small yellow can from

‘Says “positively kills lice, roaches, and other scourges”. What the hell kind of bed

you giving us, anyways. We don’t want no pants rabbits.’

Descriptive Writing: Write your own opening to a conventional gothic story. It only needs to be one or two paragraphs, I want quality over quantity.

Reading some of the openings from the stories on this website may help you to develop your ideas.

You can choose whether to write in first or third person. Include the following:

* Introduction to a character

* introduction to a setting

* one simile and wow adjectives

1. Charles Dickens- who is he? When was he born? Where did he live? Was he married? Children? Upbringing?

3. Were his novels influenced by anything in particular?

4. What is an allegory and a parable?

5. How was Christmas celebrated before and after the publication of A Christmas Carol?

Gather pictures to get an idea of what is was like

Look into hygiene and health.

Print work and keep until tomorrow.

Read the message below to complete your homework, which is due on Wednesday 20th September 2015.

As you know, we need to keep fresh on certain topics that we’re currently not studying in class. So, below is a link to a passage from ‘Of Mice and Men’ , it is a past paper from a few years ago, page 9. Have a look at the extract and answer part a. You should aim to write 3 PEE paragraphs and spend 20 minutes. Some of you will use more than 3 quotations which is fine and advised as long as you explain them. However, you should all remember that close language analysis is necessary so zooming on key words will get you more marks.

At this early stage in the year I would advise you to get a wallet that you can keep especially for revision notes and homework tasks.

Although the task is 20 mins it will be longer with revision time. Below are links to the PDF book ‘Of Mice and Men’ and the audio book on You Tube.

There are two articles to select from, the first is slightly more challenging and very topical whereas the second article ( see links below) uses less complex language. This choice is yours but please make it clear which article you’ve selected. I’d like you to write your answers on paper and not in your books because I will be taking books home to mark.

First of all, have a look at both articles and decide which one is best suited to you.

Now that you’ve picked an article you can answer the relevant questions below.

1. Summarise, using one or two appropriate quotations and in your own words, the message of the article.
2. How is the opening of the article,’Technicolor was never meant to be so white’ effective in engaging the reader?
3. Describe the tone of the article- try to explain this with a quotation.
4. Identify both an formal and informal register ( quotations needed)
Challenge: Say how you think the writer is successful in convincing the reader that the issue of race in Hollywood should be challenged. ( You can look at what the writer says and how he says it)

1. Summarise, using one or two appropriate quotations and your own words, the message of the article.
2. How would you describe the tone( voice ) of the article from this opening line, “We’ve had a rocky relationship but I’ve hung in there for the past 11 years.”
3. Try to find a moment in the article when the writer is sarcastic, write down what moment this is and why you think it.
4. Identify some DA FOREST and explain how they work in persuading you to possibly stop watching the X Factor.
Challenge: Would you say the register of the article is informal or formal?

Remember this is due on Wednesday 30th September and to put your name on your work. 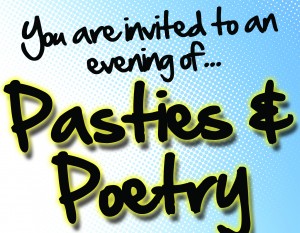 Thank you so much to all those parents that braved the rain and made it to our English Revision Launch night at Turton.  The Power Point presentation, Master Class timetable and the revision packs are attached here, in case you need a copy.

*NOTE: error on English Literature pack – date for first exam is MONDAY 18th May (not Friday 18th May as stated.) Apologies for the error.