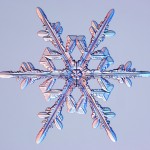 Try making a snowflake Haiku. (YOU WILL NEED A PIECE OF PLAIN PAPER, A PAIR OF SCISSORS AND SOMETHING TO WRITE WITH – OPTIONAL GLITTER!)

Then write on your Haiku artistically onto the snowflake (Japanese poem):

A haiku is a short poem, invented by the Japanese poet, Basho. Only three lines long, there is

no room for waste – every word counts and must be chosen carefully.

According to the rules, a haiku poem is supposed to have 17 syllables (a beat in a word)  in it, 5 in the first line,

distinguished poet and teacher of haiku, describes it as “a tiny poem filled with a love of

in the empty park

returning to its branch

GIVE IT TO YOUR ENGLISH TEACHER (OR MRS LANE) AND CLAIM YOUR PRIZE.